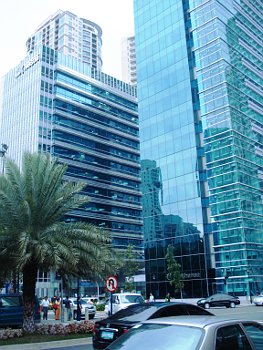 Rockwell Center sits on a 15.5 hectare land that used to be the location of a thermal power plant owned by the Lopez family, owner of Meralco, the major electricity supplier in the Philippines.  The property used to be in a quiet area behing an exclusive residential village called Bel-air. The thermal plant has always been there and very few know or care about it, as the streets in and around the old thermal plant were off the main thoroughfare of Epifanio de los Santos Avenue.

Many were surprised when the thermal plant closed in 1995. It was not known that the prime lot was slated to be developed by Rockwell Land Corporation with Meralco as the major stockholder and First Philippine Holdings Corporation as its partner. The goal of the company was to establish a self-contained mixed-use area in that quiet part of Makati. Its initial project was Rockwell Center. Why Rockwell? The project was named after the first president of Meralco, James Chapman Rockwell.

The first four high rise residential buildings of Rockwell Center were simultaneously constructed in the mid 1990s. The four towers were built at the west end of the block and were named after famous Filipino artists: Hidalgo Place, Rizal Tower, Amorsolo Square and Luna Gardens.  The four residential towers became the epitome of luxurious condominium living. 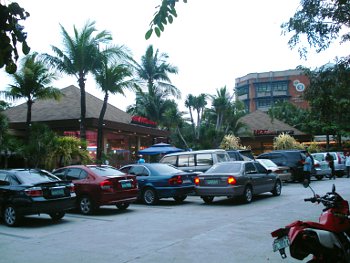 The Rockwell Club was opened in 1999 and the club became a first class social, recreational and sports club.  In 2000 the Power Plant Mall was completed and stood on the exact same location of the old thermal plant.  The company also donated a prime lot to Ateneo Graduate School, a premiere law school in the Philippines.

To date there are seven residential towers (one under construction), three office buildings, an upscale shopping mall, a  city sports and recreation club,  and a graduate school in Rockwell Center.  The area is famous as a watering ground, albeit wholesome, to young preppies and not so young ones.  The center is not too crowded as there is no public transport that traverses the area.


See more of MakatiCity.com by logging in
Your online community neighborhood for Makati-area residents.
Log InSign Up
Log InSign Up
Kosmin Media